Monticelli’s and Ahi’s article „Gianni Rodari’s Adventures of Cipollino in Russian and Estonian: translation and ideology in the USSR“ focuses on the role that literature played after World War II in the ideological transformation of citizens of the communist countries of Eastern Europe into the so-called Homo Sovieticus. Along with original literature, translated literature also became an important arena of ideological struggle. The „Adventures of Cipollino“, an allegory of class struggle and revolution by the Italian communist writer Gianni Rodari, was translated in the early fifties into the different languages of the Soviet Republics and quickly became one of the most popular children’s books in the USSR. Monticelli and Ahi compare the Russian translation of „Cipollino“ (1953) with the Estonian translation (1960) to investigate the complexity of the Soviet polysystem and its diachronic evolution, including the tense relations between the centre (Russia) and the periphery (Estonia) of the Soviet Empire and changes in Soviet politics after Khrushchev’s 1956 denunciation of Stalinist crimes.

Miriam Rossi explores the development of the tamizdat and samizdat in the Soviet Union, focusing on these literary realms’ links to “the […] 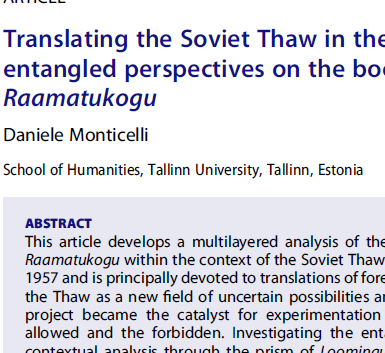 Daniele Monticelli’s article “Translating the Soviet Thaw in the Estonian Context: Entangled Perspectives on the Loomingu Raamatukogu Book Series” was published in the Journal of […] 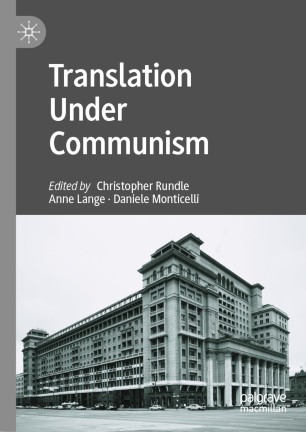