Meet the researchers and staff of the Translation in History project
The project is headed by Prof. Daniele Monticelli and the research team includes six researchers as well as PhD and MA students. 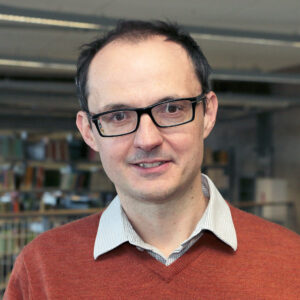 Daniele’s research explores the potentialities and constraints of translation in contexts of radical cultural and social change with particular focus on the construction and deconstruction of national identities in Central and Eastern Europe at the end of the 19th and the beginning of the 20th centuries, censorship and dissidence under communism and the contemporary debates on world literature and translation. He has developed Juri Lotman’s understanding of translation into a general framework for the study of translation and translators as agents of cultural change and seeded Translation Studies with concepts from poststructuralist and critical theory.

Daniele earned his PhD (2008) in semiotics at Tartu University. He has been a postdoctoral fellow at Yale University’s Department of Comparative Literature (2013–14), a research fellow and lecturer at the Department of Romance Studies at Tartu University and currently works as a Professor of translation studies and semiotics at Tallinn University. Daniele is the author of several literary translations from Estonian into Italian including novels by Tiit Aleksejev and Meelis Friedenthal, plays by Andrus Kivirähk and Urmas Lennuk, and poems by Doris Kareva and Hasso Krull. Daniele Monticelli in the Estonian Research Information System. 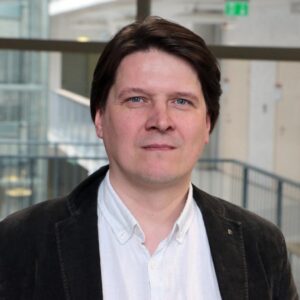 Alari’s research deals with biographical and autobiographical writings in medieval Japan. He has studied how translators construct the image of medieval authors through commentaries and stylistic devices. His focus is on the different approaches taken by well-known Estonian intellectuals such as Uku Masing and Rein Raud.

Alari received his PhD (2015) in Japanese Studies from Tallinn University under the supervision of Professor Rajyashree Pandey. He has been a visiting research fellow at the International Research Centre for Japanese Studies (2018) in Kyōto. In addition to his research Alari has authored commented translation of classical Japanese literature. His translations of Saigyō’s Mountain Home (Sankashū) and Fujiwara Teika’s small anthology One Hundred Poets, One Poem Each (Ogura hyakunin isshu) were published by Tallinn University Press. His translation of Sei Shōnagon’s Pillow Book is due to be published in May 2021. Alari Allik in the Estonian Research Information System. 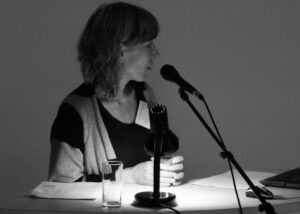 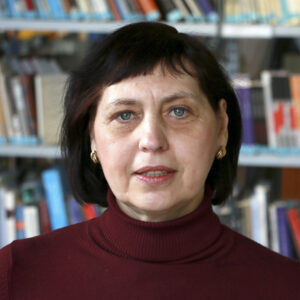 Aile coordinates data collection in archives and compiles the project’s catalogues and databases containing data on translated belles-lettres and translators. As a book historian her research focuses on publishing activities and methods of book production in Estonia in the 1850–2010 period. These topics include the study of the social, political, cultural and economic conditions of publishing activities, the institutions involved in these processes, the study of the proportion and role of translations in the books production, and the statistical analysis of translation outputs. Aile defended the Candidate of Sciences dissertation at the St. Petersburg Culture Institute in 1992 and earned her PhD in 2005 in Information Sciences at Tallinn University. She currently works as Associate Professor of Publishing Activities at Tallinn University School of Digital Technologies. Aile Möldre in the Estonian Research Information System. 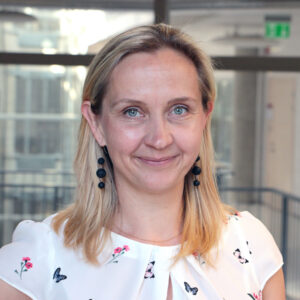 Maris’ main field of research is Baltic-German literature and culture. Starting with the analysis of the construction of personal and collective identities in autobiographies, her interest has always been the depiction of hierarchies and historical change in literature. She has applied postcolonial reading practices to Baltic-German literature and shown the function of literary texts in the context of constructing different aspects of Baltic-German colonial identity. Her research covers fiction and autobiographical texts by Baltic-German authors written between the 17th and 20th centuries. Most recently, Maris has written on multilingualism in Baltic-German literature. Maris earned her PhD (2007) in Literature Studies at Tallinn University. She has received grants from the Herder Institute, the Robert Bosch Endowment and DAAD. She is currently working as Associate Professor of German Cultural History and Literature at Tallinn University. Maris Saagpakk in the Estonian Research Information System. 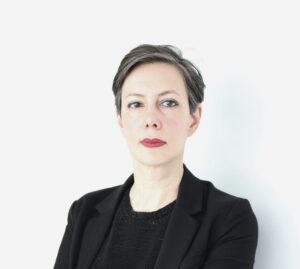 Anna’s research is focused on language contacts and multilingualism. She has published on language contacts and multilingual speech in the Baltic region, concentrating on Estonian–Russian and Estonian–English language contact and contact-induced language change. She has further developed code-copying-model and usage-based approaches to language contact. Her scholarly interests also include Yiddish in the Baltic countries and post-Yiddish Jewish ethnolects (i.e. the multilingualism of the Baltic Jews, ethnolects such as Jewish-Russian and Jewish-Lithuanian). In the field of translation studies she has researched several cases of translations into Estonian and into Lithuanian, including a comparative study of Sholem Aleichem’s Railway Stories. In these studies, she used Even-Zohar’s concept of polysystems, Torop’s concept of total translation, and descriptive approaches. Anna graduated in 1990 from the University of Tartu, majoring in Estonian Philology. She holds a diploma from the Oxford Centre for Jewish and Hebrew Studies. She earned her PhD in general linguistics at the University of Tartu and is currently working at Tallinn University. Anna in the Estonian Research Information System. 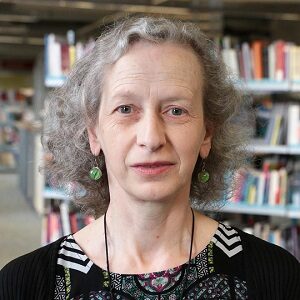 Miriam’s research explores poetry translation as creative process, making and translating poetry as working towards the verbal articulation of what is beyond the grasp of conventional language usage. She investigates what happens when poets create and share the original work, spanning the nature and functioning of their creative work (both process and product), the reception of the work by readers and listeners, and what the poem does that goes beyond the print text.

Miriam received her PhD (2021) in translation studies at Tallinn University with her elaboration of a creative approach to translating poetry. The thesis studies the processes that extend from the preverbal impulse for the original poem to the final version of the translated poem, locating both poet’s and translator’s processes on the same continuum of creative activity. Miriam translates Estonian poetry into English for both performance and print publication in journals, anthologies and book-length collections, e.g. the work of Doris Kareva, fs, Triin Soomets, Asko Künnap, Kätlin Kaldmaa, Indrek Hirv, Juhan Viiding. Miriam in the Estonian Research Information System. 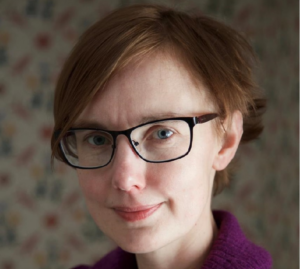 Mari‘s field of research is Spanish-Estonian translation history. The central question of her doctoral dissertation is who and what influences which works of fiction, authors and literature are translated. The theoretical framework used is primarily Pierre Bourdieu’s sociology of culture and other authors deriving from it. The answer to the research question is quite multi-layered, including the international literary space, the circumstances of the target culture, and specific individuals and institutions. Mari has studied and worked at the University of Tartu in the field of Spanish Philology, and in her master’s thesis she studied the translation of realia in Spanish-Estonian translations. She translates and publishes Spanish literature at Toledo Publishing (https://toledo.ee/en/). 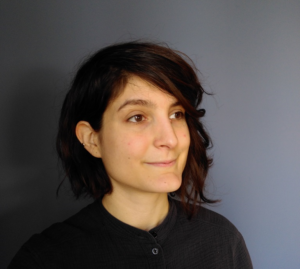 Mirjam is a PhD student in Cultural Theory at Tallinn University. She studied English and Russian languages and literatures at the University of Pavia (Italy), and her master thesis focused on Boris Pasternak’s translation of King Lear. Her doctoral research explores the role of poetry translation in late Soviet contexts, specifically in the clandestine circulation of samizdat, combining the fields of translation history, Soviet history, poetry  translation and comparative literature. In her PhD thesis, Miriam aims at studying three central aspects of translation practices – the context, the translator and the text, especially engaging with Pierre Bourdieu’s sociological theory and Alexei Yurchak’s analysis of the cultural landscape of late Soviet Russia. 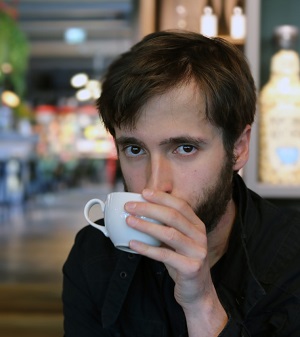 Kristjan obtained his master’s degree in Romance Studies at Tallinn University. In his doctoral dissertation, he compares the works of the Estonian poet Jaan Oks and the French early surrealist classic Les Chants de Maldoror by Lautréamont in the context of the early modernist poetic revolution. The focus of his research is on (transgressive) sexuality in the works of both authors. In theoretical terms, he works mainly with the applied literary principles of the psychoanalytic method(s) of Sigmund Freud and Jacques Lacan. 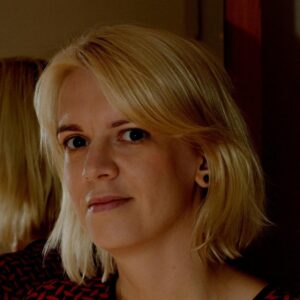 Piret obtained her master’s degree in Translation at Tallinn University. In translation studies, her research interests focus on translator studies, translators’ (in)visibility and translators’ position in cultural field. In her doctoral dissertation, Piret studies literary translations of English language works into Estonian in three time periods and places them into the cultural context of the era, using the central concepts of Bourdieu’s field theory and methods of writing translation history by Lieven D’hulst and Anthony Pym. Piret Pärgma in the Estonian Research Information System.